The Late Show @ The Comedy Attic 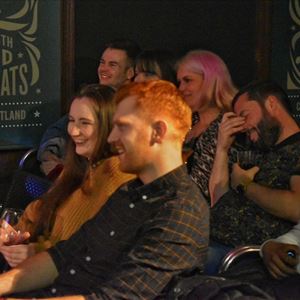 At the Innis & Gunn Comedy Attic we showcase the best in late night, unadulterated comedy mayhem, guarenteed to tickle the fancy of comedy lovers, twisted night owls, and anyone who just doesn't want their night to end just yet and feels like a damn good laugh!

Join your hysterical MC, Rick Molland ("a pitch-perfect masterclass in working a room... Comedy Genius" - The Mumble), and three amazing acts from UK comedy circuit, and after couple of hours of booze-soaked laughter you won't want yoiur night end!