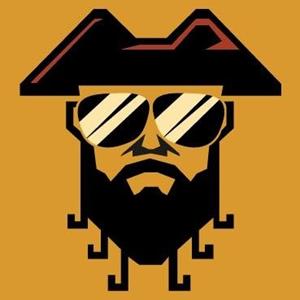 Their bold and rioutous modern folk rock is built for late nights - hold on to your tri-corn hats and be prepared to stamp your wooden legs – Blackbeard’s Tea Party are in town.

Sea-shanties will be given a bombastic rock edge, and folk instrumentals will become late-night floor-fillers when this raucous bunch of reprobates hit the stage. They have dirt under their fingernails and a twinkle in their eyes, and you can expect fantastic musicianship, playful choreography and an unstoppable urge to move your body.

Blackbeard's Tea Party believe a live show should be a spectacle for the eyes as well as the ears. Outlandish outfits, costume changes, DIY props, unhinged stage antics and chaotic choreography all add up to an engaging, high-octane show that inevitably leaves audiences cheering for more.

Two drummers, electric guitars, fiddle, melodeon and 4-part harmonies combine to create music that is drenched in tradition, but filtered through a kaleidoscope of modern rock and pop. Established as the go-to band for folkin’ fun shenanigans, Blackbeard’s Tea Party have played memorable sets at; Glastonbury, Cambridge Folk Festival, Fairport’s Cropredy Convention, The Rainforest World Music Festival in Borneo and many many more.

During ‘Lockdown’ the band began writing material for their fourth full length album ‘Kick The Curb’ which will be released in September 2022 & they will undertake an extensive UK tour to promote this. Due to social distancing restrictions this was begun remotely via Asana and they’re very excited to have got back together in the studio over the past couple of months and recorded these tracks. Now they can’t wait to get out on the road to play them live!

Formed in 2009 after meeting at the University in York the group was conceived as a busking band to temper the savage realities of adult life and scratch together some extra pocket money. These sessions would go a long way to inform the later incarnation of the band, frenetic dancing drew bigger crowds in the street and had the added bonus of keeping them warm. Subsisting on a diet of pasties and cheesecake, Blackbeard’s Tea Party quickly developed a fervent local fanbase.

The band members come from diverse musical backgrounds and their list of influences is eclectic. The decision on which songs to arrange as well as the writing of original material is usually lead by Stuart Giddens who is largely informed by folk influences such as Jim Causley, Eliza Carthy, Tim van Eyken, Stan Hugill, Cyril Tawney as well as groups such as Le Vent du Nord.

The contemporary twists that the band places on their arrangements come from a large melting pot of artists from the rock and metal genres such as Primus, Rammstein, Iron Maiden, Tool and Led Zeppelin. From further afield the band takes its inspiration from classic funk groups such as The Meters, the bombastic pop hooks of artists like Beyonce and the dark storytelling style of Nick Cage.

Press:
‘Contemporary folk rock at its most infectious’ R2

‘York’s answer to The Pogues, but with cleaner fingernails’ The Telegraph

‘Gloriously wild, gamely OTT and sharp. This is convincing and essential’ fRoots

Please note start time and line up subject to change. All shows are standing only with limited unreserved seating unless otherwise stated.